The Queen Juliana Bridge is a four-lane road arch bridge crossing the St. Anna Bay in Willemstad, the capital of Curacao (reaching a height of 56.4 m (185 ft.) It is the highest bridge in the entire Caribbean. The bridge is 500 m (1,400 ft.) long and weighs a total of 3,400 tons, it was opened in 1974 and named after Queen Juliana (1948–1980) who at that time was the reigning queen of the Kingdom of the Netherlands. 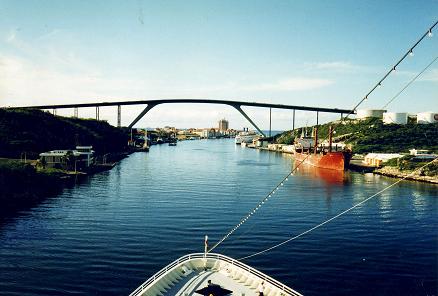 The Juliana bridge was built to relieve a nearby century-old swinging pontoon bridge which was the only way to the center of the capital, and which had to swing open to make way for ship traffic several times a day. Its height was carefully planned to allow any ship in the world of that era to sail underneath and enter Willemstad’s commercial harbor.

Its construction began in 1960’s, starting on the Eastern Shore. In 1967, just as the last section of the first half was being built, the entire bridge collapsed into the water killing sixteen workers. The cause of the accident was never determined: some say it was metal fatigue, however, many suspect frauds were involved with the Dutch subsidized funds in an attempt to build a cheaper bridge. Construction started once again two months later, this time starting from the Western shore. 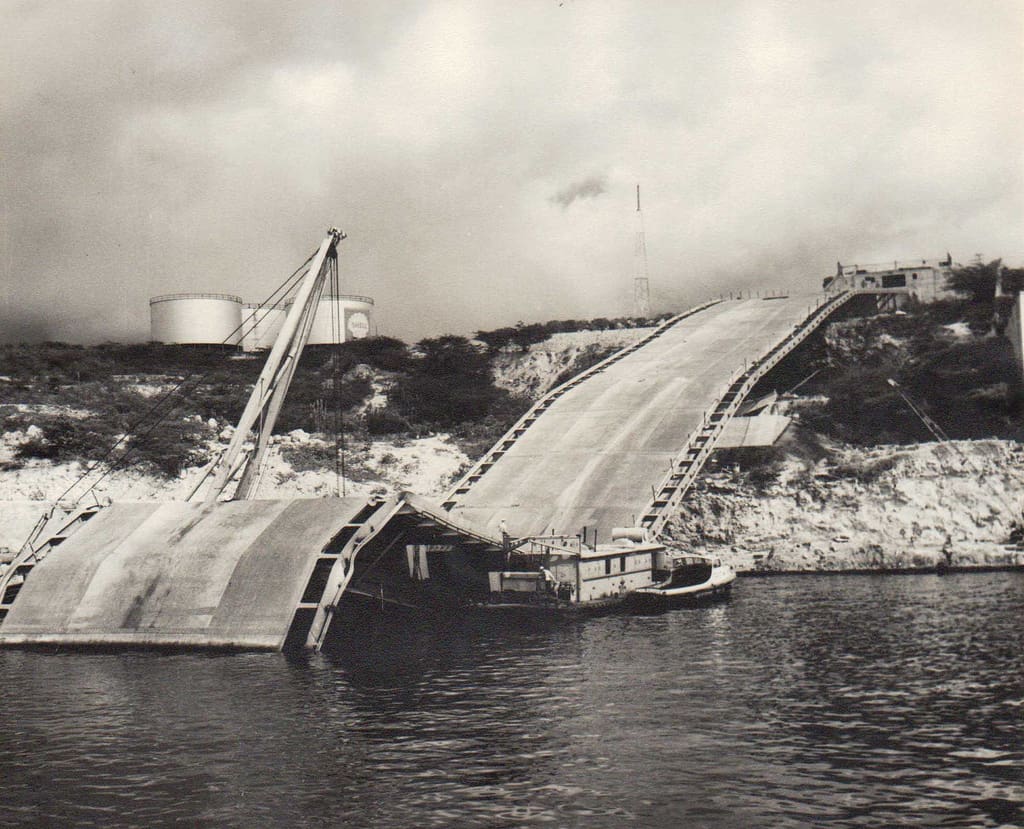 The Juliana Bridge is meant for road traffic only as the wind and motion of the structure would make pedestrian or bicycle traffic far too dangerous. The view from its apex includes the entire panorama of the city and is one of the highest points on the island.

Read Next
Benefit of choosing a vacation rental