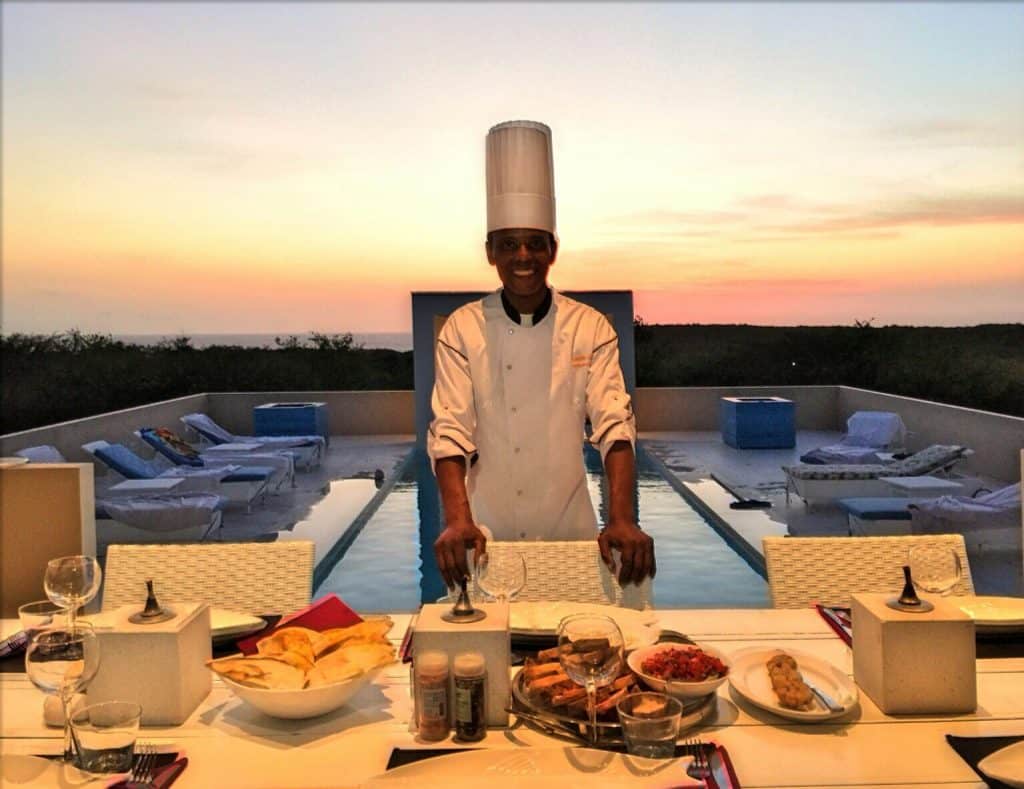 To become familiar with a country is to dine on its local specialties. Curacao’s cuisine is quit diverse and food has become the way of the land since it is as diverse as the many ethnicities and languages of its people. From upscale restaurants to street food stalls, there is something to appease any gourmet; especially these five dishes, that have made a delicious statement throughout the island. Just about every taste of Curacao is a testament of its eventful past, with flavors so rich you’ll be saying “dushi” (local term for sweet) with every bite. 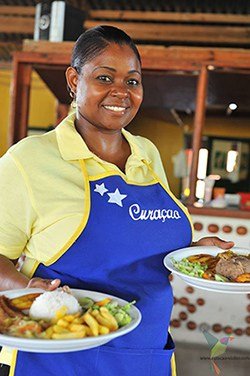 From Curacao’s lush hills to its coastal cliffs, cacti can be seen just about everywhere on the island thanks to its arid temperatures. Along with the island’s wildlife, people have also relied on the prickly plant for its natural resources, which can still be traced here even to this very day in dishes like kadushi, well-known as cactus soup.
Traditionally providing a source of energy, the spines are removed, and the cactus is skinned, and sliced in order to reach the meat that is located inside of the plant. Once the meat is boiled in a broth, traditionally “palu di lele” (kitchen utensils made from tree branches) are used to stir the soup. Although green in color and slimy in texture, eating kadushi is an ideal way to familiarize your taste buds to Curacao’s culture, especially at the Marsche Bieuw (The Old Market) in Willemstad. 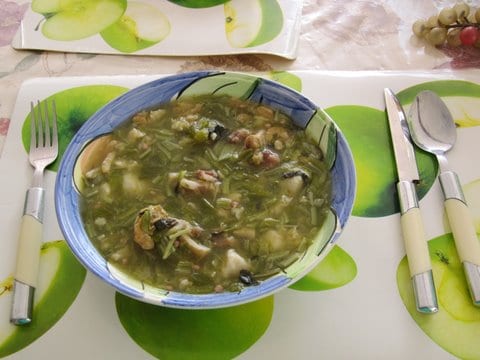 Another dish normally served at The Old Market is guiambo, commonly known as okra soup. Also slimy in nature, the okra is stewed to perfection and mixed with seafood to give it the ultimate taste. Like most soups, it is best consumed with a spoon, although the gooey texture of the dish typically makes it stick to the spoon, which makes it a bit of a challenge to eat.
Nevertheless, once you’ve sunken your teeth into this hearty meal, the gooeyness of guiambo is outweighed by the flavor of the seafood and the okra. And like many soups of the Caribbean, it is customarily eaten as an entrée instead of as an appetizer. 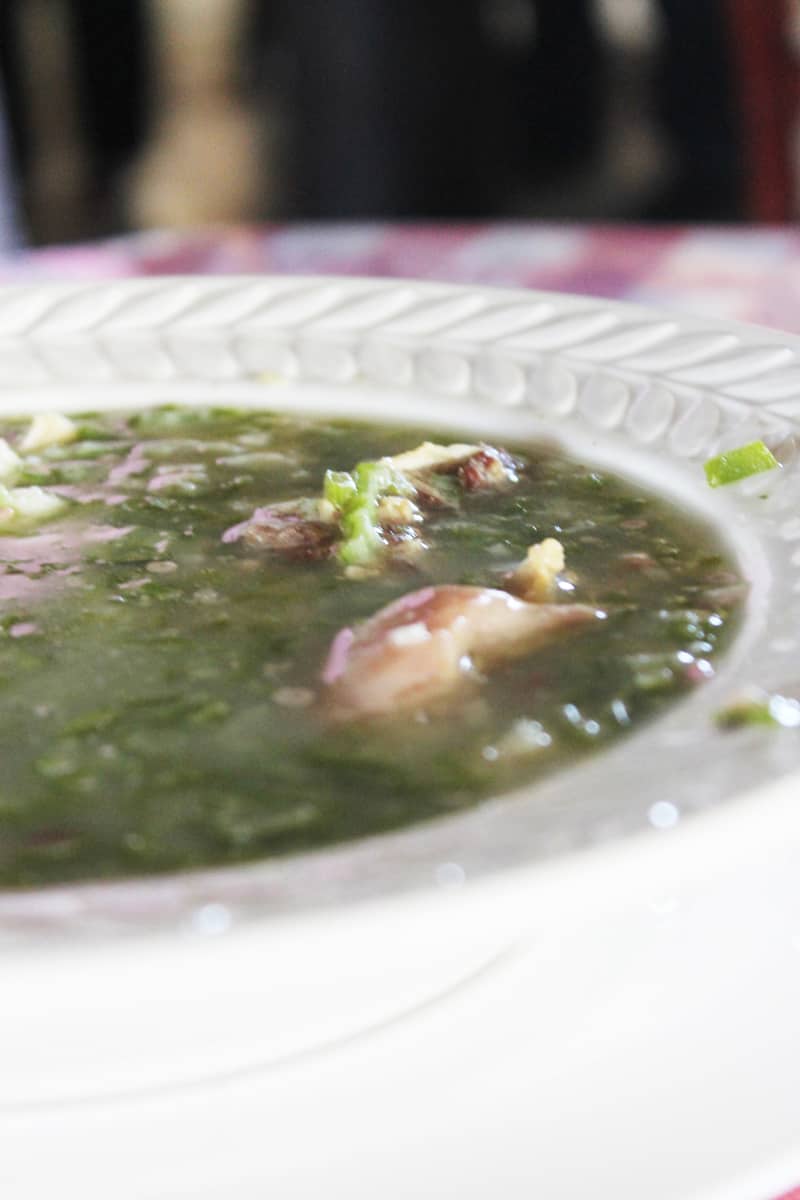 Just in time for the holidays, ayaka is a Curacaoan specialty that makes an annual appearance during the season of Christmas. You’ll find it neatly concealed in a green leaf of either plantain or banana, and unwrapping is required in order to savor the golden cornmeal treat filled with a variety of stewed meats usually consisting of chicken, beef, or pork.
Ayaka can be found in restaurants and markets across the island, making the pursuit of unwrapping this dish just as exciting as opening a gift during the holidays; particularly because of the savory goodness that is cooked up inside. 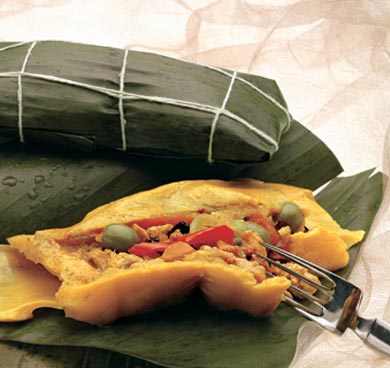 It is quite hard to resist the temptation of fish in Curacao, especially since specialties like red snapper, which is deemed a national dish, can be found on almost every menu.
That’s why this local favorite is worth a try. In restaurants like Grill King in Willemstad, chefs are masters at whipping up the traditional treat with a side of French fries, plantains, or funchi to make the Curacaoan staple complete.

Pig’s ear or feet for that matter may sound like a dish for the adventurous foodie, but you might be pleasantly surprised since many of Curacao’s natives can’t get enough of this beloved dish. Locally known as sult, it is thinly sliced and drenched in a vinegar-flavored liquid in order to absorb the onion and other spices incorporated into the recipe.
If you’re thinking about taking your palate on a wild culinary journey, hotels like the Renaissance Curacao Resort & Casino have the right ingredients to make your appetite crave more of this unique spin on pork. 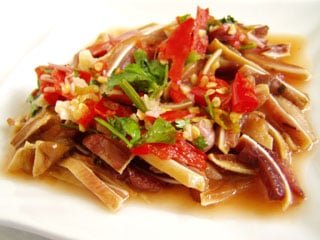 Read Next
Must know Curacao Holidays